How to Play Online Poker Tournaments

How to Play Online Poker Tournaments

Poker is among the most popular casino games played across the globe. The game is not only interesting and fun but also gives players opportunities to win significant amounts of money. What is even more attractive about poker is the tournaments.

The satellite tournaments are relatively small tournaments that nearly all registered players can join. The amount of money required to join is usually not much, with some casino providers allowing even free entries.

With that said, the satellite poker tournaments also do not usually offer any money as a pool prize money. Instead, winning gives access to a variety of offers and entry into other tournaments, such as live tournaments.

By participating in satellite tournaments, you get to compete against other players that might be of any skill level. You can use that opportunity to try out or improve your strategies. Given that buy-in is relatively cheap, you can afford to lose some games while gaining experience and perfecting your play.

Other people join the satellite poker tournament for the mere reason of having fun. The tournaments can be a great and entertaining way to pass the time. If you have nothing to do over the weekend, for example, you can join a tournament that will last the entire weekend. The tournaments can be played right from mobile devices, which means that you get to participate from wherever you might be.

How to Take Part in Satellite Poker Tournament

You should start by choosing an online poker provider and register to become a member. Ensure you select a casino that does offer satellite tournaments and that you will be eligible to play. After joining the online casino, you can then navigate based on the user interface to the poker section. For some casinos, you may have again to open a poker account or at least a poker profile.

The next step would be to add funds to your poker account. The payment options approved by the casino informs the deposit method chosen. The funds that you will deposit are what you will use to enter a poker room and stake. You can then browse any of the available satellite poker tournaments. There is a possibility of not finding a satellite tournament at some particular times. If that is the case, you can wait until a tournament begins.

The final prize awarded for the poker tournament should be one that can be of benefit to you. If, for example, the prize is a ticket to a live tournament, ensure that you attend the tournament. Limitations can range from time constraints to geographical boundaries. If the prize is entry to a live tournament, check whether it will include your travel and accommodation expenses. That will help you to make the right decision based on your finances.

The buy-in for poker tournaments usually varies. Most of the buy-in for satellite tournaments, however, are typically affordable. The decision on which tournament to enter with consideration to buy-in price depend on the poker budget that you have. Make sure that the tournament prize is worth the buy-in amount.

Different tournaments are usually scheduled to last different amounts of time. Numerous factors may influence the possible duration of a tournament, which you can consider. Overall, ensure that you will be available to participate in the tournament until it is completed.

There are various other specifications, which you also need to consider before applying for a tournament. Such include the type of poker being played, level duration, stack sizes, and additional awards, among others. 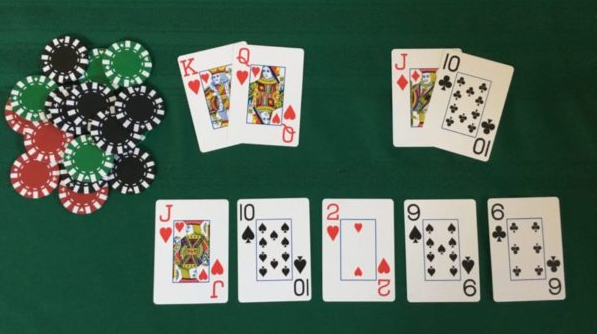 Winning a poker tournament is usually not as easy as some pro poker players make it seem. There is a lot that you need to do to increase your chances of performing well in the tournament and walking out with a good prize. Below are a few tips that will come in handy, irrespective of how good a player you are.

Prepare to Play for Long

Most of the poker tournaments usually take many hours to complete. For that reason, you need to be prepared mentally and physically to play the tournament for as long as it will go. Doing that will help you to maintain focus throughout the event, which is essential to winning in poker. If you have a job, for example, you need to know that the tournament might continue way past your time to go to work.

Prepare Yourself Mentally for Crazy Swings

The variance in poker tournament stakes can be quite huge, mainly because of the many opponents that you have to face. There is a higher possibility of opponents calling your raises, including when you opt to go all in, even when they have ridiculous holdings. That further adds to the unpredictability of the outcomes. Mental preparation for such will ensure that it will not affect your strategies or decisions.

Value Bet Your Hands to the Maximum and Keep Everything Simple

Among the most common mistakes that players make in poker tournaments is trying an elaborate bluff. Doing so can work at times, but the risk is usually not worth it in a tournament. That is because most people will not be bothered by what is in your hand as they focus on what they have as they try to get to the showdown.

Have a Game Strategy

You should also get into the tournament with predetermined strategies that you will use at each stage of the tournament. Having a clear and effective strategy will help you avoid making common mistakes, even when you feel exhausted or overwhelmed.

Mark Your Opponents and Take Note of Everything They Do

You should try to take as many in-game notes as you can on your opponents, which you can then use to beat them at their game. On the same, try to make it as difficult as possible for the other players to read your play.

You should avoid all the possible distractions, allowing you to focus on the tournament at all times. Find a comfortable place, such as your home, at a time when you will not experience distractions. You should also avoid taking alcohol or any other drug that may influence your ability to make sound judgments.